In Ireland: Day One

It was to a blanket of clouds over the Atlantic and a blazing sunrise ricocheting off the rim of the nacelle housing the jet engine just outside my window seat that I awoke to Ireland. A serendipitous break in the cottony cover allowed me my first sight of the land where we'll spend our next three weeks: the coastline just off Galway. Not long afterwards, the cloud cover shut back up, tightly, then played hide and seek with me, allowing brief glimpses of the greenery over rural stretches of land under our flight path between the west coast and our Dublin destination.

When we landed at the Dublin airport, despite the clouds, it was sunny. With tail winds chasing us, up to one hundred forty miles per hour at times, we had completed our flight half an hour early, cleared the obligatory political formalities in much less time than anticipated, and were on the bus to the city center way ahead of schedule. Too early: almost two and a half hours early.

Exhausted from the long journey, and eager to get on with our train ride to Cork, where our daughter currently is a student, we opted to change our reservations and snagged the 1:00 run with only minutes to spare. Satisfied with this move to gain ourselves two additional hours to visit with our daughter, we settled back into our seats and grabbed our respective communications devices to tap into the complementary wifi service. Gleeful at our fast turnaround, I messaged our daughter to let her know our new arrival time in Cork.

What happened when we received her reply can only be compared to the bittersweet O. Henry Christmas story, The Gift of the Magi. Her cryptic reply:


Astounded, I emailed her back for confirmation: "Where are you?"

Her terse reply named the exact seat next to the one which would have been mine, had we stuck to our original plans. She had decided to ditch class and surprise us. What a delightful two and a half hour train ride that would have been.

By the time we arrived at the Kent Station in Cork, we were faced with a choice: stay at the train station until her arrival in another two hours, or take a cab to our hotel and check in, then return. We sprung for the more expensive, though as we assured ourselves, reasonable choice of checking in. Which meant a return cab ride back to the train station, where we would reverse roles and greet her upon her arrival.

There was a reason for this choice: while we may be "on holiday," she is not. Still a student with classes to show up for and meetings to attend, from the time of her--and, supposedly, our--arrival back in Cork, she had to immediately run off for an appointment. This would be followed by another day full of classes, so we would essentially not see her until Thursday. There was a reason for this surprise rendezvous on the train from Dublin to Cork.

And so, at the peak of rush hour in Cork, we were back in a taxi, headed back to Kent Station for a surprise meeting with the daughter who had just gone to Dublin to surprise us. From there, we would ride back into town on the bus with her, taking every chance to spend some time together before her schedule intervened.

This is where the evening degenerated. Perhaps it was the time squeeze, or the fact that the bus she needed to catch wasn't at the stop where she expected it to be, but those few minutes that slipped by made it clear she was not going to make it to her meeting on time.

What to do? Why, take another cab back into town again, of course.

There was only one taxi still available at the station by this point, as all others on the incoming train had already claimed their rides and were long gone. By this time, we felt like experts at riding the cab in Cork, so we noticed a few things. First, unlike the other cabbies who were very obviously Irish in every sense of the manner one would expect, this driver was a foreigner. While the other drivers had engaged us in lively chatter the whole distance of the ride, this one said nothing--though admittedly, we filled the air with our own excited chatter at being reunited after nearly two months apart.

The other detail we noticed--afterwards, ruefully--was that, upon payment of the fare, the driver did not provide us with the customary receipt. Other than the obligatory license prominently displayed by the dashboard of his vehicle and the logo-like insignia posted on the front doors of every such transportation vehicle for hire, there was no way to trace him or contact him.

And contact him was what we desperately needed to do, just after he drove off from the front door of our hotel.

You see, when I am on research trips, I always bring my iPad--the one specially engraved by my husband with reminders of how much faith he has in me and all the crazy research and writing projects I have jumped into, over the years. I take it everywhere in its soft, padded case with the unique design which my daughter gifted me with, years ago. For this trip, I had prepared by loading it with all the details, special notes and references I knew I would need, come the third week of our trip when I'd be researching family details back in Dublin. It was packed with everything I thought I might even just possibly need to achieve my research goals for this trip.

Ah, yes, I did think to print up paper backup of the bare essentials of data that could be called upon, should my memory fail me. But nothing like what could be accessed online for everything I needed to know about everyone for this research trip. My iPad was my contingency plan for stumbling upon the serendipitous unknown.

I don't know what it was. Perhaps it was the fact that, other than fitfully dozing for brief snatches of the flight, I hadn't had sleep in over twenty four hours. Perhaps it was that little detail of not eating much, once we left the plane, because we were running to make time. Perhaps it was the joy of seeing our daughter again, and being caught up in all her stories of how things are going for her in these very new college surroundings.

Whatever it was, "it" was what parted me from that unique case that held my research "brain." Other than hope and pray that this silent cab driver will happen to notice my missing iPad before his next passenger does, there is apparently no agency which can provide any help in reuniting me with the tool that would most help me complete my journey here in Ireland successfully. 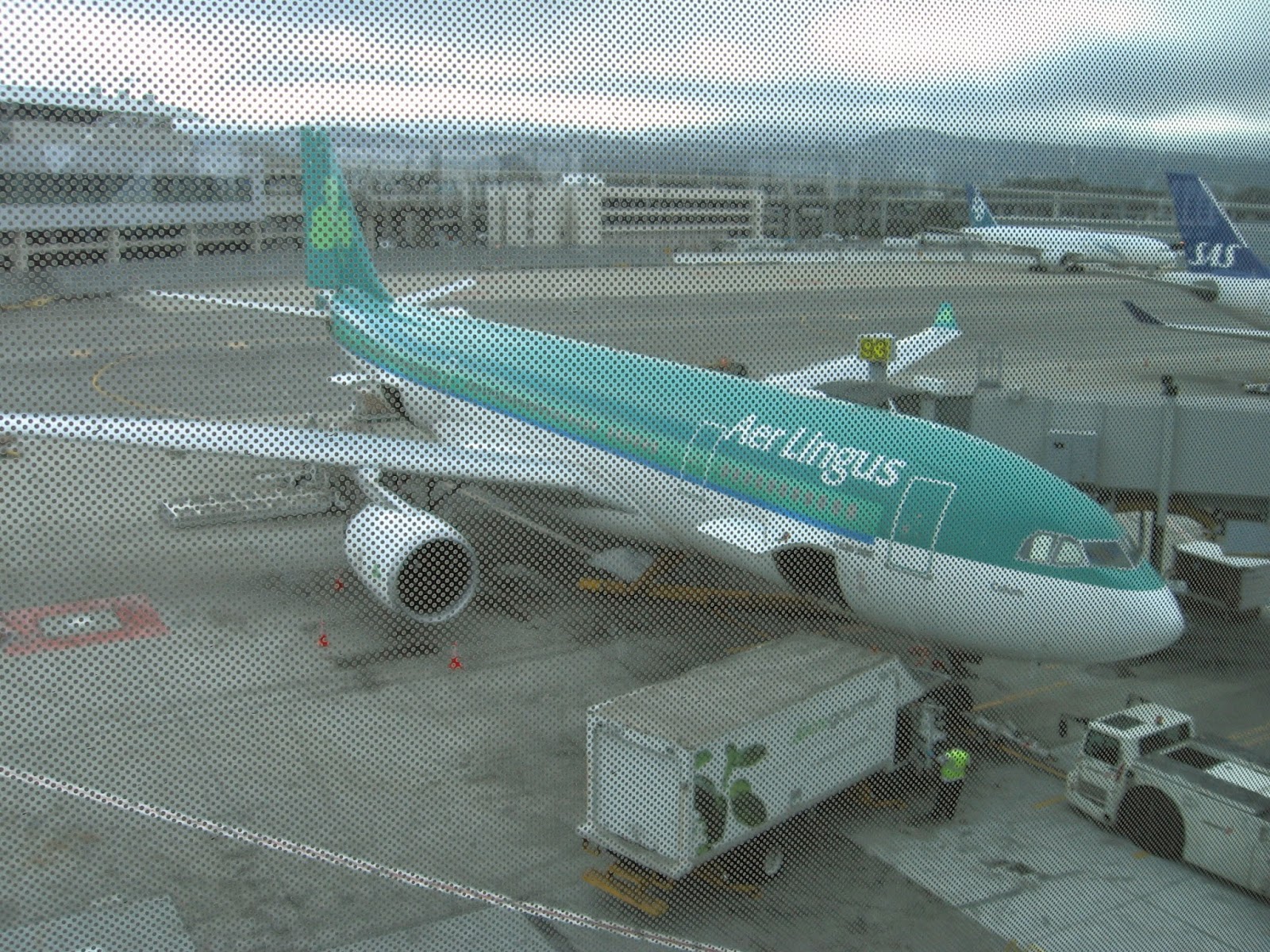 The beginning of our Ireland adventure: "adventure" means a journey with an unknown outcome, right?
© Copyright 2011 – 2022 by Jacqi Stevens at 2:47:00 AM
Email ThisBlogThis!Share to TwitterShare to FacebookShare to Pinterest
Labels: Ireland, Research Journeys