The Legacy of a Church 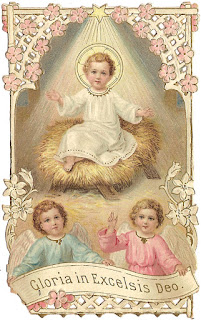 That is a question posed in many theological circles, and among laymen as well. Whether getting technical with discussions of the “ekklesia” of ancient Greek, or examining traditions of various denominations, though we often refer to the building when using that term, “church,” it is really the people congregating in that building who make the difference.

It was especially that way when it comes to considering the church of Agnes Tully Stevens, my husband’s grandmother—Saint Anne Catholic Church of the “Southtown” of Chicago. Claiming a heritage that sprang up among the cottages that dotted the plain beyond the lake where Chicago eventually stood, Saint Anne’s church had a humble beginning in home meetings. There was no church building in those early days in which parishioners could gather. The residence of a local merchant became the church home of this early Chicago mission.

Eventually, the corner of South Wentworth and West Fifty-fifth Streets became the home for the new congregation, with a suitable building dedicated in 1880. During those formative mission years, Agnes’ own parents—Irish immigrants John and Catherine Malloy Tully—met, were married, and saw each of their children baptized.

Though Agnes, born in 1888 and the baby of the Tully family, wouldn’t remember that baptismal event, she grew to find Saint Anne’s Church to be her second home in many ways. Her early years were spent attending the school at Saint Anne’s, and on her twenty-fourth birthday, June 12, 1912, she married the love of her life, William Stevens, in that very building. When the newlyweds were blessed with children of their own, each of them began life with the sacrament of baptism at this same church.

The church must have inspired a lifetime of service. It became Agnes’ habit, following the same dedication she had observed in her own mother and the many mentors she was blessed with at Saint Anne’s church, to reach out and help others in need. Our family still possesses the many letters written by Saint Anne’s priests and nuns—often from desert locations where, stricken with the dread tuberculosis, they hoped for recovery—sent in reply to Agnes’ letters of encouragement. Others were correspondence with Saint Anne’s teachers, with whom Agnes kept in touch and looked to for guidance. 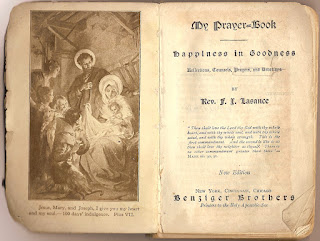 The church that began as a mission outpost and grew with the city became the center that influenced the strong faith of women such as Agnes. The tokens Agnes saved and passed on to family are witnesses of that influence. A prayer book, published in 1908, displays her name as “Agnes Stevens” and, judging by the energetic scribbles encircling her signature, was her companion along with the young children who also demanded her attention. Numerous readers, magazines, and other material from the church she held on to, with the letters, for the rest of her life.

Beautiful little mementos like the one above right, its gilded filigree worn with the passing of time, are reminders of the life that meant so much to Agnes—a life centered around faith, family and her church.

That church itself, though, no longer remains. The building known as Saint Anne Catholic Church saw its congregation expand to its highest numbers in the 1950s, then wane as Chicago’s population migrated to the suburbs. Combined for a while with another parish, Saint Anne’s church eventually gave way to a secular force: the paving of what is now known as the Dan Ryan Expressway.

As a church building, Saint Anne’s Church is no longer standing. There is no picture to remind our family of the church which so greatly shaped several generations of our family through the influence of one member. We have no remembrance of stalwart church doors, meditative inner sanctuary, upward-reaching church spires.

The only reminder our family has of this church building is what was built inside the character of one faith-filled, determined mother—who, in turn, learned this respect for faith and desire to serve from her own mother. It was the people of this church, in turn, who instilled these values into the lives of the Tully, and later Stevens, families.

It all started at a church without a church building.

And it continues to have a witness, passed down through the lives of subsequent generations, despite again being a church without a church building. 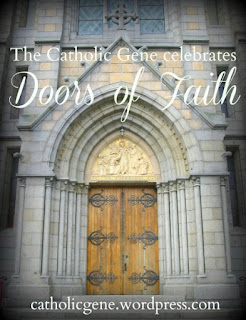 The above post was written for The Catholic Gene and their "Doors of Faith" online celebration.

Commemorating this "Year of Faith 2012-2013,"  The Catholic Gene will publish links to posts from each participating blog with their edition on October 11, 2012.

Participation is open through Friday, October 5 for bloggers following guidelines posted by the host publication here.