Off the Shelf: Your Best Year Ever


A contagious idea, around the early part of January, is to resolve to have a better year than the last one. New year's resolutions resonate with so many people.

I've learned that resolutions don't work for me, so I don't even attempt that process. But one can't help, after a week of learning like the one I've just completed, having a few hopes for the future. After all, I've learned so much at this past week's Salt Lake Institute of Genealogy—the kind of learning that makes one want to jump to it and put that information to use.

That calls for an action plan. Surprisingly, this non-new-year's-resolution procrastinator has just the book for that call. And not surprisingly, I've had that book for a whole year. And done nothing about it.

The book is leadership guru Michael Hyatt's 2018 work, Your Best Year Ever: A 5-Step Plan for Achieving Your Most Important Goals. Not that I don't have important goals, or lack the desire to have a best year ever, but when I first found out about the book last year, it was well past January. A little too late for having a best year of anything.

Of course, markers on calendars are arbitrary; I could have had a best year, starting in March, true, but somehow, I felt it would be better to start it in January. So I decided this would be the call for action in my best year of 2019.

Now, it's almost February. I'm in the same spot as last year.

There is, this year, one difference: I've just been to the kind of workshop that not only provided excellent ideas and resources, but one of those learning experiences that generates even more ideas. I'm seeing possible ways around brick wall research problems. The more I think about these possibilities, the more I get energized. There is no way I'm going to get hoodwinked into putting this off for a new year, again.

Besides, my trip home last night puts me back in California for only ten fleeting days. Then, I'll be off to Florida, where I will be able to put some of these research ideas into practice with the opportunity to search for answers on the home turf of my Florida ancestors. I'm doubly energized to think of that now.

The reason I was first enticed to consider Michael Hyatt's proposal was that his book doesn't treat goal setting quite the same as the usual, schlepping, dewy-eyed New Year's Eve party participant might have done. He promises a system which can be tackled within five days--a good thing for someone like me, who has only ten days to put my research plan together.

I like his promise to teach me a "proven way" to set and achieve goals. Scientifically based, his system shepherds readers through such pitfalls as the despondence of wanting to quit, or the malaise of feeling stuck. I need tips to propel me past those danger spots, so I can accomplish those research goals.

If I keep my eye on the goal, you'd think I'd be energized enough with that, but I know myself better. I can easily get bogged down in the particulars—especially when the nitty gritty of the process gets me bogged down. Here's hoping his field-tested advice doesn't fall victim to the weak spots of my lesser nature.

Of course, I've always seen this blog as my accountability partner, so I'll be reporting on progress as I travel through the places of my Florida roots early next month. Before my flight takes off, though, I'll not only be using Hyatt's guide, but doing a lot of preliminary research—and hopefully contacting some key people—to maximize the results, once I get those boots on the ground in Florida.

After all, what is learning for, if not to apply what we've gained in such great classes as what was offered at SLIG this past year? I'm looking forward to transforming others' how-to suggestions into my own pursuit of answers. 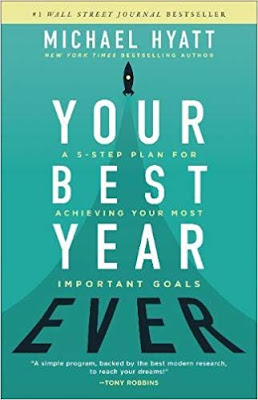