In the past five years, I've been testing family members to help figure out our family's mutual ancestors and their immigrant stories. It seemed like the ideal solution to genealogical quandaries like my paternal grandfather's origins—a secret seemingly taken to the grave with him—or my orphaned second great grandmother's parentage.

Five years and thousands of unconfirmed DNA matches later, it doesn't seem like the ideal solution any more. In fact, I feel swamped with the amount of data I still need to sift through, and especially the endless maze of unrecognized surnames. Last week, I decided to revamp my approach to gain a sense of direction about those many matches linked to each of the test kits I oversee.

Thankfully, fellow genealogy bloggers jarred me into deciding that, with their posts last week.

The first post came from the consummate researcher Randy Seaver, who never seems to run out of genea-blogging material to discuss. A week ago Monday, Randy posted a "Genea-Pourri" of observations, including a statement about his DNA test results. He mentioned,


My AncestryDNA Shared Ancestors increased from 231 to 237, but all of them are really distant relatives - 5th to 8th cousins.


I was surprised to read a number that low. Only 237 matches? How could that be? After all, Randy has well documented colonial roots, as well as ancestors back in England sporting dates far earlier than I could even begin to imagine finding in my own family.

But then, I looked closer at what he said. This wasn't merely a count of all his DNA matches; it was specific to one category: AncestryDNA Shared Ancestors. Even then, I had to assume he meant those shaky-leaf "Shared Ancestor Hints," that handy section which shows how the customer's tree matches with the DNA match's own tree.

Alright, then: 237 is a pretty respectable number, after all. I only have sixty eight for my results.

That, however, opened my mind to explore something else. If I just went through this specific list, methodically, and reviewed which of these matches still need to be added to my own tree, would that help flesh out enough hooks upon which to hang some other, errant, DNA match names? I decided to add that to my DNA to-do list, to see what would happen.

While I'm still in the process of working through that list, I have noticed a few things. For one, I previously shied away from any matches more distant than fourth cousin. Genetic material sometimes drops off the radar, once you step beyond that level of relationship (and sometimes that happens with relationships as close as third cousins). But having distant cousins from connections to American colonial families, I experienced two divergent surprises when I took a look at these more distant relationships: one, in which cousins turned out to be much closer than predicted, and another, in which cousins turned out to be more distant than predicted. In any event, the exercise is showing me the profitability in pursuing those more distant matches, as long as both parties have robust, well documented family trees.

About that same time, another blogger's post provided some useful reminders. In this case, it was Donna Moughty's post, "Making Sense of Your Matches on Ancestry." Among her many practical tips, she shared a useful chart she had found on the ISOGG wiki, the "Cousinship Chart."

Another item with AncestryDNA suggestions came to me via Gail Dever's "Crème de la crème" week in review: a post by mother-daughter research team Diana Elder and Nicole Dyer, "Ancestry DNA: Three Tools you may not be Using." Although I've already been employing their advice on exploring shared matches with those who don't have a tree posted online, it was their last tip that earned a place on my new DNA to-do list: instead of ignoring the treeless, search for "unlinked" family trees in the entries for my matches tagged with "no family tree" on my results page.

That pretty much was the same suggestion provided by another genetic genealogy blogger, Kitty Cooper, who observed that some trees are "just not linked" to the DNA match's results. Kitty goes beyond that with more suggestions on "How to get your Ancestry match to respond." Yet more items to add to my weekly DNA routine.

While there are several tasks I routinely do to keep up with the regular addition of yet more DNA matches at the three companies where my family has tested, I think these additional suggestions will help me target processes that will bring more rapid results. It's great to know, in theory, the names of all these distant cousins; what I really want to do is see them accurately placed in my family tree. Hopefully, doing so will unlock some research doors and lead me through the maze to some answers to those brick wall questions. 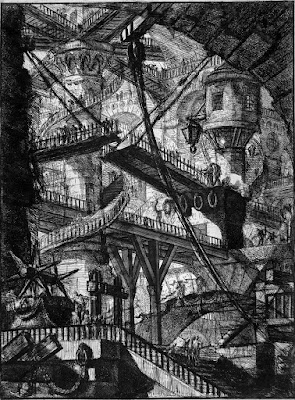