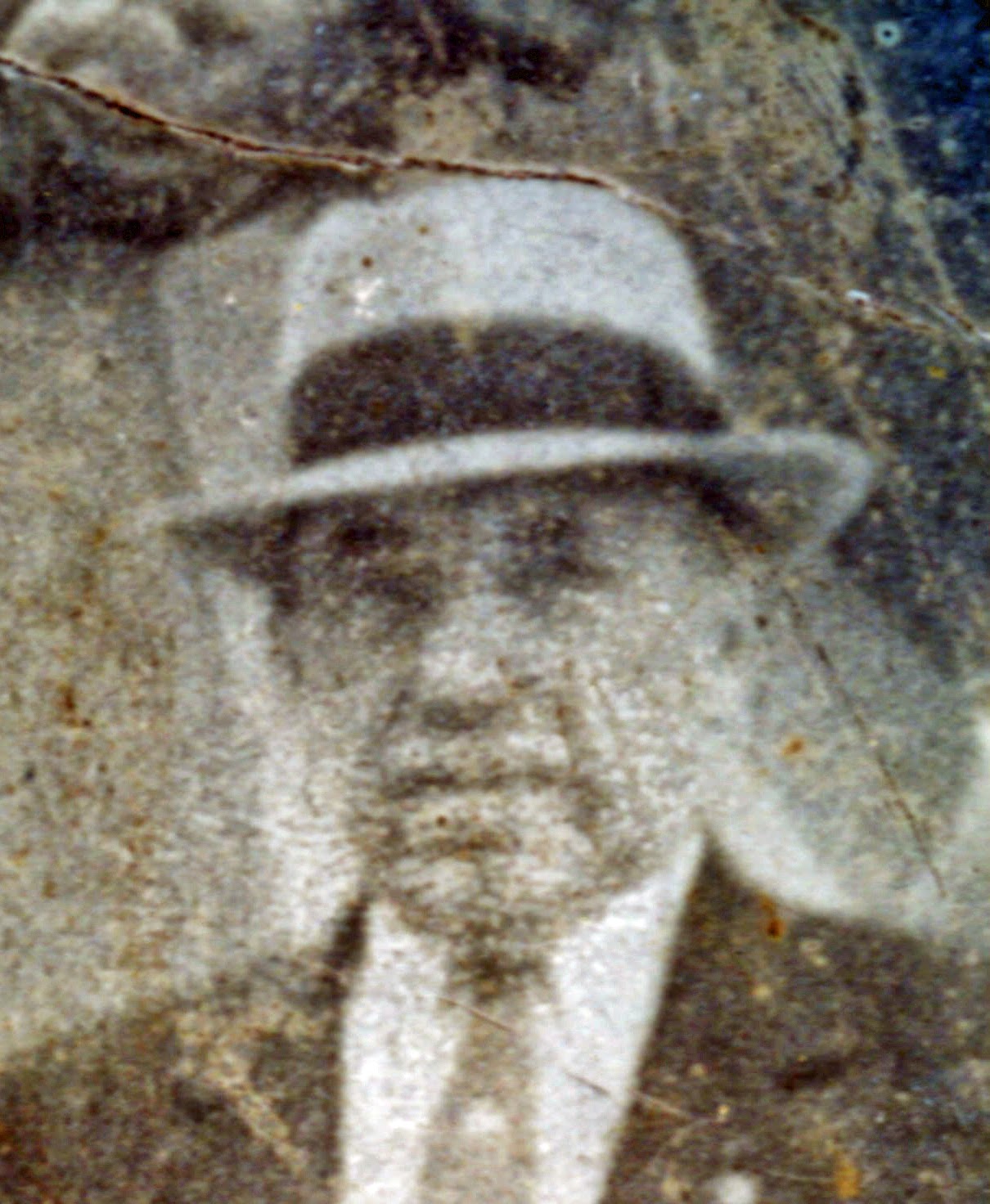 Trying to determine which of two names represents the man who was my paternal grandfather has been challenging. Not only do I know nothing, personally, of Theodore Puhalski, but no one else in my family knew anything of the man, either. In fact, that name was a total surprise when it was first presented to our family.

As for John T. McCann, however, I have older relatives who knew him personally. Of course, these were the memories of young children and teenagers who, before his 1952 passing, once called him Grandpa.

I never met the man, of course, as he was gone before I was born. But every time I stare into my bathroom mirror, his face is looking back at me. How do I know? His photographs tell me.

As for the similarity between this man and my own father, it is unmistakable. The two are assuredly related.

How could that be, though, if the 1905 census shows the father of my father to be a man named not John T. McCann, but someone with a surname like Puhalski? Wouldn’t that be the actual blood relation?

All I know about John T. McCann is what I’ve found in government documentation—plus the few stories family members have told me. I know—at least according to a copy of his death certificate—that he was born in Brooklyn on August 7, 1876. And that he died, seventy five years later, in Queens, on April 12, 1952.

Though I can see from census records that he was a machinist by trade—the 1925 New York State census showed he advanced to the level of foreman—I know, thanks to family stories, how talented he was at crafting custom-designed adaptive devices to allow his elderly wife, by then a diabetic amputee, to continue attending to such activities of daily living as washing the dishes or cleaning the house.

I also know he worked at a printing concern. Judging from the impressed tone of my older sister when she’d recount the fact that he worked for “Mergenthaler,” I’d gather that it was a big deal kind of place to work.

But that was just it—that big deal kind of job. As it turned out, when we cousins and siblings put our heads together to figure out just what it was about this big, mysterious story about our heritage and why it was hidden, it all seemed to center around this chance for a job.

At least, that was the best we could figure…

Above, top left: Photograph of John T. McCann, from the McCann family personal collection; below: Logo from the 1896 stock certificate of the Mergenthaler Linotype Company, courtesy Wikipedia, in the public domain.
© Copyright 2011 – 2022 by Jacqi Stevens at 2:50:00 AM
Email ThisBlogThis!Share to TwitterShare to FacebookShare to Pinterest
Labels: McCann, New York, Occupations, Puchalski/Puhalski