Days like today, celebrating fathers, seem to be so precisely appropriate for those who immerse themselves in family history. There would, after all, not really even be a family to research, if it weren't for fathers and mothers. And isn't it the constant quest of genealogists to find the name of that next generation's father and mother? While others may celebrate their father today, we researchers have the goods to celebrate generations of fathers. 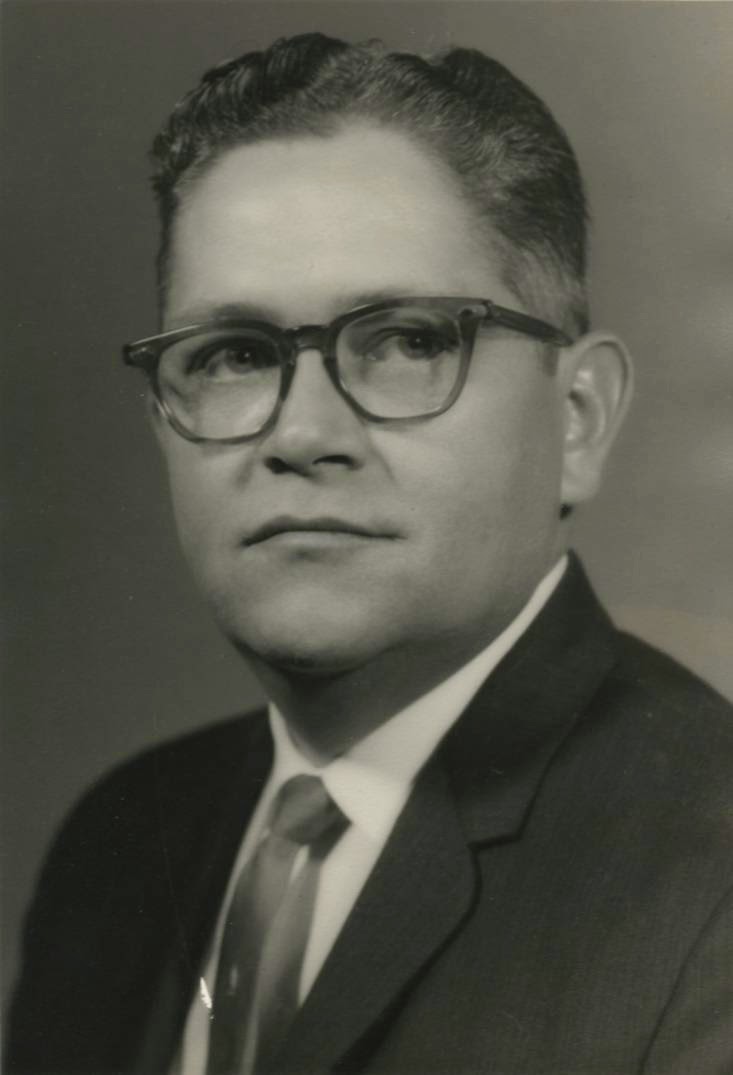 It was during the series on my father-in-law, Frank Stevens, that I came across the best Father's Day card I ever read. Not because of the art or design do I say this, for the graphic design of the card was rather bland. But it was the message, delivered in the form of a simple poem, that grabbed me.

Shopping for Father's Day cards recently, I realized the trends in greeting cards are quite different now than then. I can't really say just what it is that makes these cards different. There seems to be more of a "me" focus. And the sentimentality sometimes rubs me wrong. I do have, after all, a highly honed snark factor, myself—diametrically opposed to such sappiness.

Perhaps the difference in the card was owing to the fact that this particular Father's Day card was sent by Frank to his father, Will Stevens, during the war era. Just taking one look at the patriotic colors and military insignia provide the clues. It offered a straightforward representation that was easily identifiable: we salute fathers just as we salute the flag that represents the country we love. A subliminal message as clear cut as that is unmistakable. Squishy feelings lend themselves much more easily to sappiness, but when someone has definite feelings about something or someone, it's so much easier to come straight out and say it. That's commitment. Why is it that our complex relationships today form a barrier to that?

After shopping for Father's Day cards this week, I needed an antidote to all those mushy sentiments. While I do like to find just the right card, with a tasteful balance between creative artwork and well-put sentiment, I often have to chose one side over the other. Rarely can a card satisfy on both accounts. I confess my choices often fall to the side of apt expression. Perhaps that is why I want to resurrect this seventy year old Father's card and offer it to you as my greeting for your own Father's Day. May you celebrate the unmistakable bonds that you share with your own father—whether in person or in memory of the one you call your Dad. 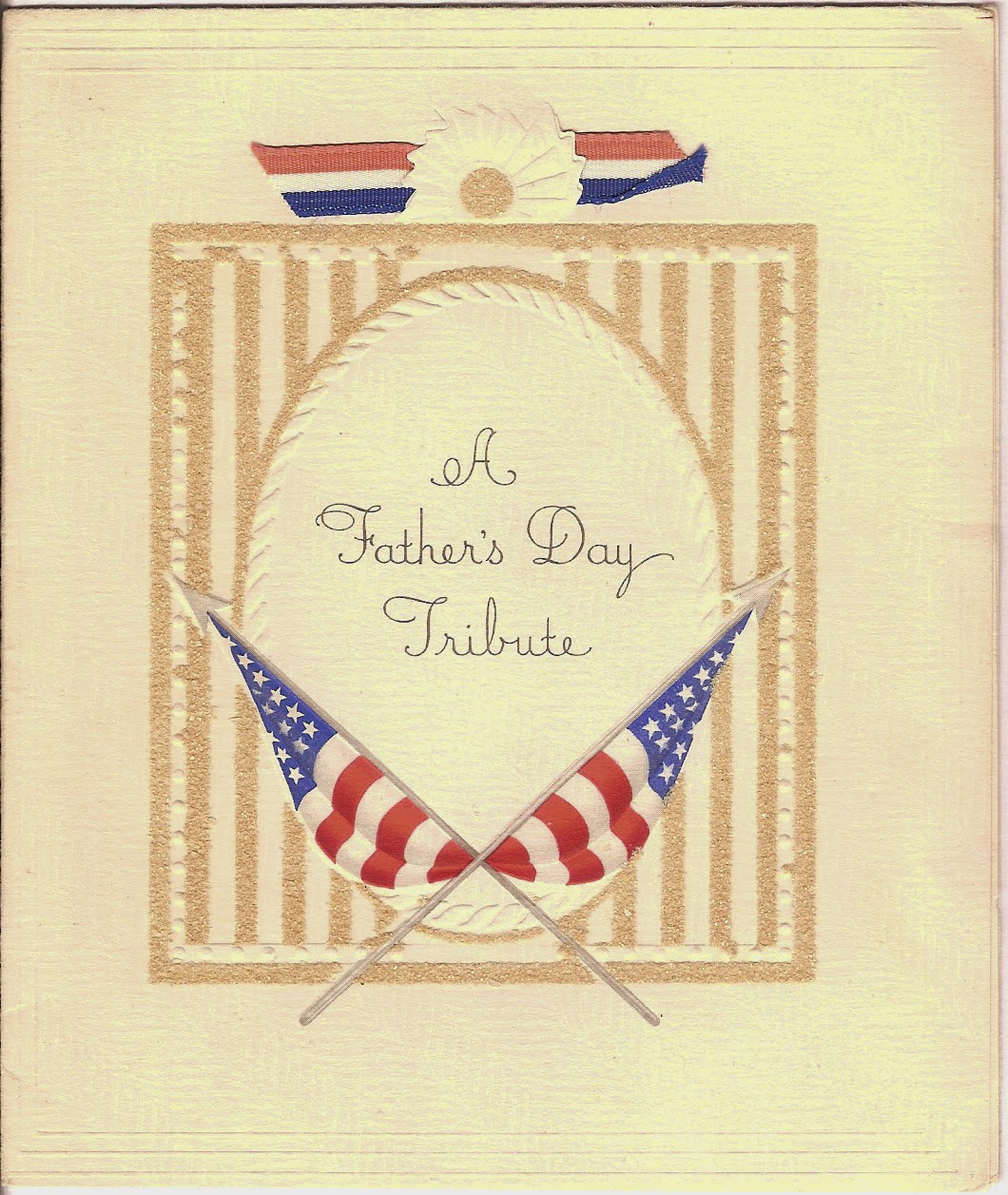 To you life is a magic cup
That overflows with zest,
And time again you share its gifts
That others may be blest.
Now let the cup be passed to you,
And others make the toast,
For you who make an art of life
Deserve the tribute most! 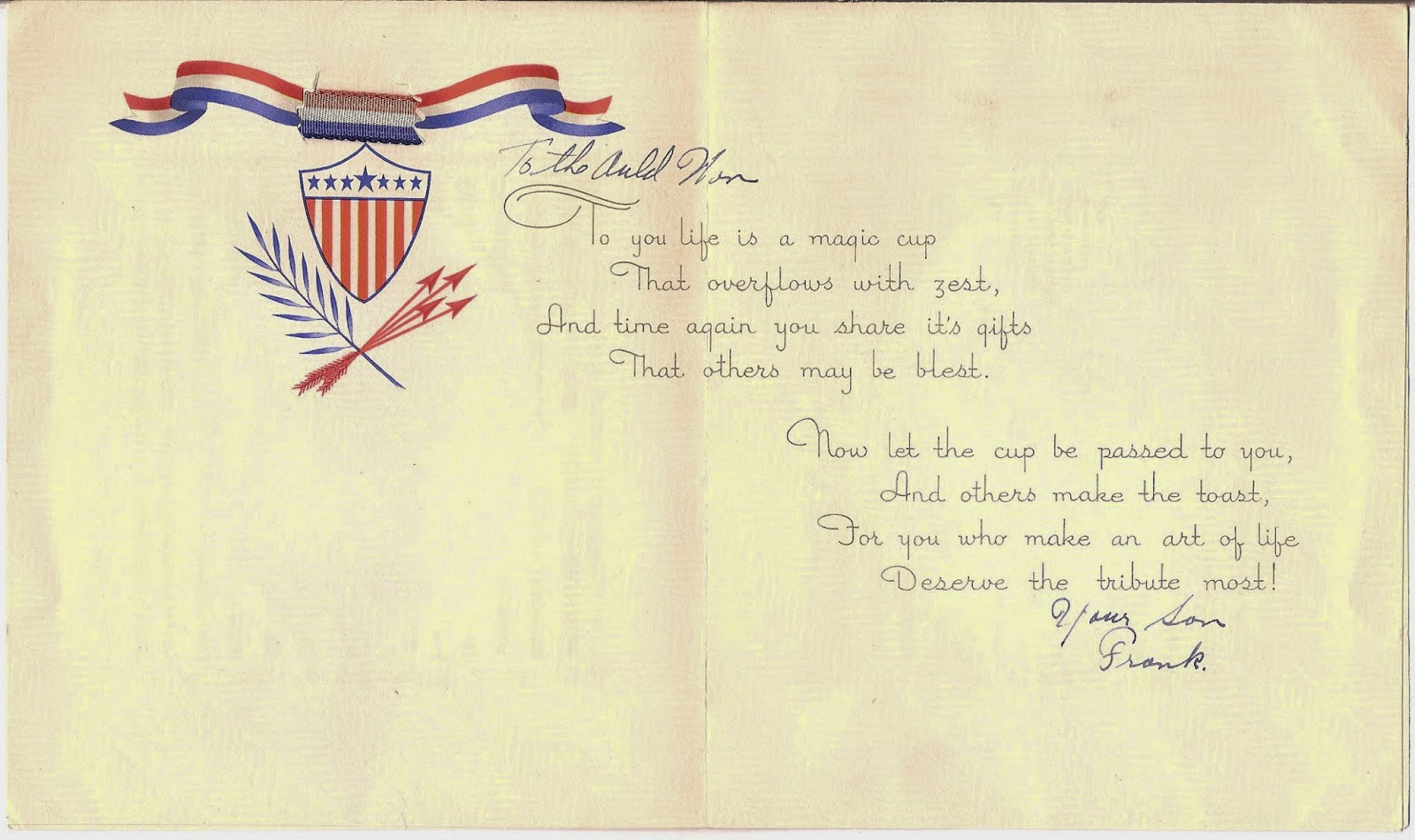 © Copyright 2011 – 2022 by Jacqi Stevens at 2:43:00 AM
Email ThisBlogThis!Share to TwitterShare to FacebookShare to Pinterest
Labels: Holidays and Genealogy