Knowing Now Who He Was 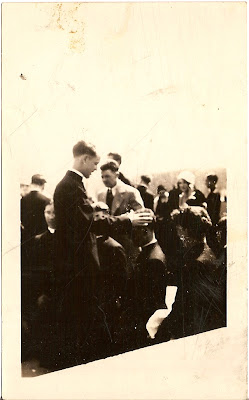 A very young-looking priest stands in front of parishioners, his hands placed upon their heads as they kneel, praying.

The photograph capturing this moment is labeled

Below the caption is the signature of Agnes Tully Stevens’ daughter, Pat, who kept these mementos from John Bernard Davidson’s ordination for the rest of her life.

Knowing now who this gentleman was, I can piece together a reasonable guess that he was also the mystery person in another Stevens family photograph. In fact, that picture was from a later set of snapshots which included various groupings of almost all the men in Will and Agnes Tully Stevens' family.

In the setting below, Father John Davidson is flanked by the Stevens sons. From left to right, they would be Bill and John, then youngest Gerald directly in front of the priest, with my father-in-law Frank to his right. The next man is, unfortunately, unidentified (though, believe me, we—in the extended family—have tried to figure this one out). The man to the far right is Agnes’ husband and the boys’ father, Will Stevens. 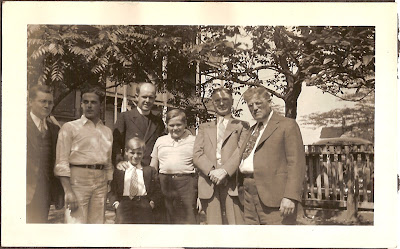 As was probably customary for ordinations, John Davidson provided three cards, each with different artwork, all presented as “a remembrance” including a simple plea: “Pray for me.” 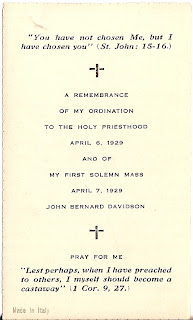 A remembrance
Of my ordination
To the holy priesthood
April 6, 1929
And of
My first solemn mass
April 7, 1929
John Bernard Davidson 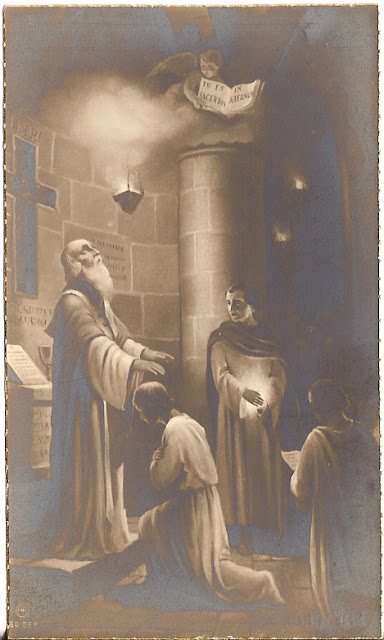 © Copyright 2011 – 2022 by Jacqi Stevens at 2:54:00 AM
Email ThisBlogThis!Share to TwitterShare to FacebookShare to Pinterest
Labels: Chicago, Church History, Keepsakes, Tully