It’s the rare photograph, from among the collected odds and ends saved by Bill Bean, that managed to include any identifying labels. Today’s picture includes just enough to make things frustrating.

Clearly, the first line written on the reverse of this composition states, “Leo Harrington.” The last line adds, “Stanford U”—presumably referring to the well-known college in Palo Alto, the town where Bill, himself, grew up.

If that were all that was included in the label, this might have been a straightforward search. There does happen to be a Leo W. Harrington listed in a directory of Stanford students (Ancestry.com subscribers can view the directory here)—the only drawback being that the directory dates from 1914. Assuming that this Leo were born the same year as Bill Bean—1896—that would mean he was a freshman at Stanford University at that point. Perhaps Leo and Bill were childhood friends?

There is, however, a glitch. The label on the back includes one more word. On a line of its own, another word is inserted: “Tonopal.” 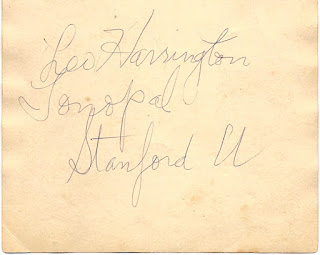 What is that supposed to mean? Is this a picture of a man named Leo H. Tonopal? Hardly. At least, not according to records I could find on Ancestry.com. A search for that surname draws a blank.

And don’t suppose that is the name of Leo’s residence hall. According to the directory, the men’s dorm was known as Encina.

Nor is it the name of the street pictured behind this mystery gentleman. There is no street by that name in Palo Alto.

At this point, unless the real Leo Harrington—or one of his descendants—stands up and claims this picture, “Tonopal” will just have to remain an enigma. 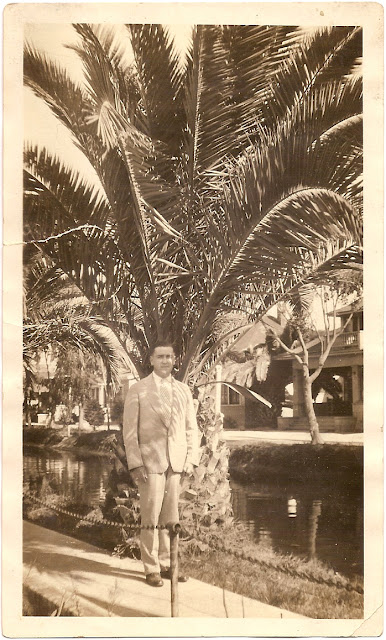