Her name is Heather. Long before she was born, her grandparents mailed off a small Christmas parcel containing a family photograph album. Who they mailed it to is a question still unanswered, but Heather and I are now on a joint mission to discover who the intended recipient might have been.

That 1936 album eventually made its way to an antique store in northern California, where I found it nearly eighty years later. Trust me: I am neither related to the Reids, who sent it, nor the Hawkes family which was mentioned in the album's pages. Finding the album was a chance occurrence. Considering the parcel traveled about five thousand miles in its journey from its origin in County Cork, Ireland, let's make that a very rare chance occurrence.

It took nearly three months of puzzling over the few hints provided in the album to determine the identity and location of Harry and Alice Hawkes Reid, the couple who originally sent the album. By now, almost all the questions prompted by the album have been answered—some noted in blog posts earlier this year, others resolved by information Heather provided in our several emails and a phone conversation.

Now, the focus is specifically on that last question still awaiting an answer: just how the album made its way to California. Who could it have been sent to? For me to guess—and I tried, every way I could, to figure this out—would have been an attempt so limited, especially because almost everything I know about the family is based on conjecture. But for Heather to assess the situation, it would be based on what she already knows about her relatives.

Heather, by the way, has given me permission to post these details on the rest of the album's story. In respect of her privacy, we agreed to call her, simply, Heather. She is quite as interested as I am in seeing the story about the album's journey completed, for which I am grateful. After all, you've got to admit, it is a curious landing place for an album which began its journey in Ireland. There is more to this story.

Not only will we examine some possibilities for recipients of the album, but Heather has kindly agreed to share some additional photographs of the people we've met in the album's pages.

That, however, I'll save for next week. The first item of business that needs to be tackled in this debriefing of the pursuit is to examine the point at which I missed the mark in my search. You see, I made some assumptions which may have led me in the wrong direction in my search for possible recipients. We'll take a look at the possibilities tomorrow. 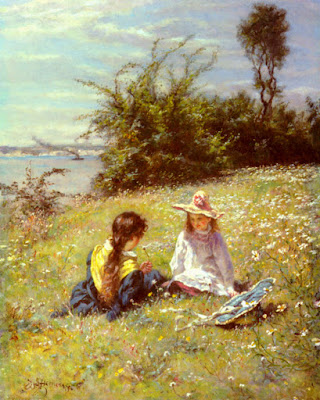