A Brief Historical Tour – How Things Got Started 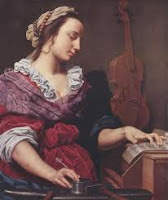 I’ve toyed with family research for decades, but keeping a collection of hand-scribbled notes of names and vague recollections only works for so long. Then the exponential thing kicks in and you get buried in a snowstorm of bits of paper. I didn’t really kick off my search until I applied some computer power.

I still have some of those papers, but they are now flurry-free, safely boxed up, and will probably never again see the light of day. Take it from me: the most essential thing to do, as soon as possible, is find a way to organize your discoveries that bypasses pen and paper.

My first purchase was a genealogy database program. I chose FamilyTreeMaker. Its developer, Banner Blue, launched the product in 1989. I bought the product only a few years later, but by then, it was up to version 4.40 for Windows 95. Don’t laugh—I still use it. Not that I thoroughly researched all my options and chose wisely. I just found it at Costco, the price was right, and I was ready to buy.

I can’t vouch for FamilyTreeMaker today. I’m really happy with my program, but since then, the Banner Blue Software division was bought out by Broderbund, which was purchased by The Learning Company. And that’s only the ancient history of it all. I have no idea what the program is like after all those changes. All I know is that you really should have some digital way to organize all the stuff you’ll discover when you start searching out your own family history.

At that same time, I got my e-mail and online access through the old Prodigy service. One serendipitous discovery was that Prodigy hosted forums on all sorts of subjects, and several of them were genealogy-related. That’s where I first learned about the benefits of sharing the details of my search. I got such a kick out of meeting a 9th cousin online, from my mother’s Broyles line, through the Prodigy forums. I met numerous fellow enthusiasts who were generous with their time and happy to help a newbie like me. Of course, the inevitable happened, and Prodigy was bought out by a series of other businesses and was never the same. Who knows—they may still be hosting those wonderful forums, but I’m no longer there to see it.

Thankfully, I somehow stumbled upon a free internet-based genealogy resource called RootsWeb. Founded in the mid 1990s by two Ph.D. level researchers, Brian Leverich and Karen Isaacson, RootsWeb called a hideout near the pinnacle of the Grapevine north of Los Angeles home for several years until Ancestry.com graciously assumed the role of host of this nonprofit entity.

RootsWeb was a treasure trove—everybody sharing, coaching, encouraging, and sometimes just plain old gabbing about what we all loved to do best: genealogy. It was a classroom housed in a playground. I still love to connect with people there. My goal this summer is to upload my files to their free WorldConnect project and give back with some sharing of my own.

There are loads more resources, of course, but for today, I promised a short tour of what happened when I first started family tree research. The rest is yet to come.
© Copyright 2011 – 2021 by Jacqi Stevens at 6:35:00 AM