The Fighting Miners Head Back to School

For whatever reason, 1983 was the year—at least in Fort Meade, Florida—to commemorate the Class of 1912.

At least twenty eight of the class members of 1912 were able to attend the special event held in their honor on the evening of September 22, 1983. Along with them were official representatives of the school district, duly listed on the front page of the event’s program. 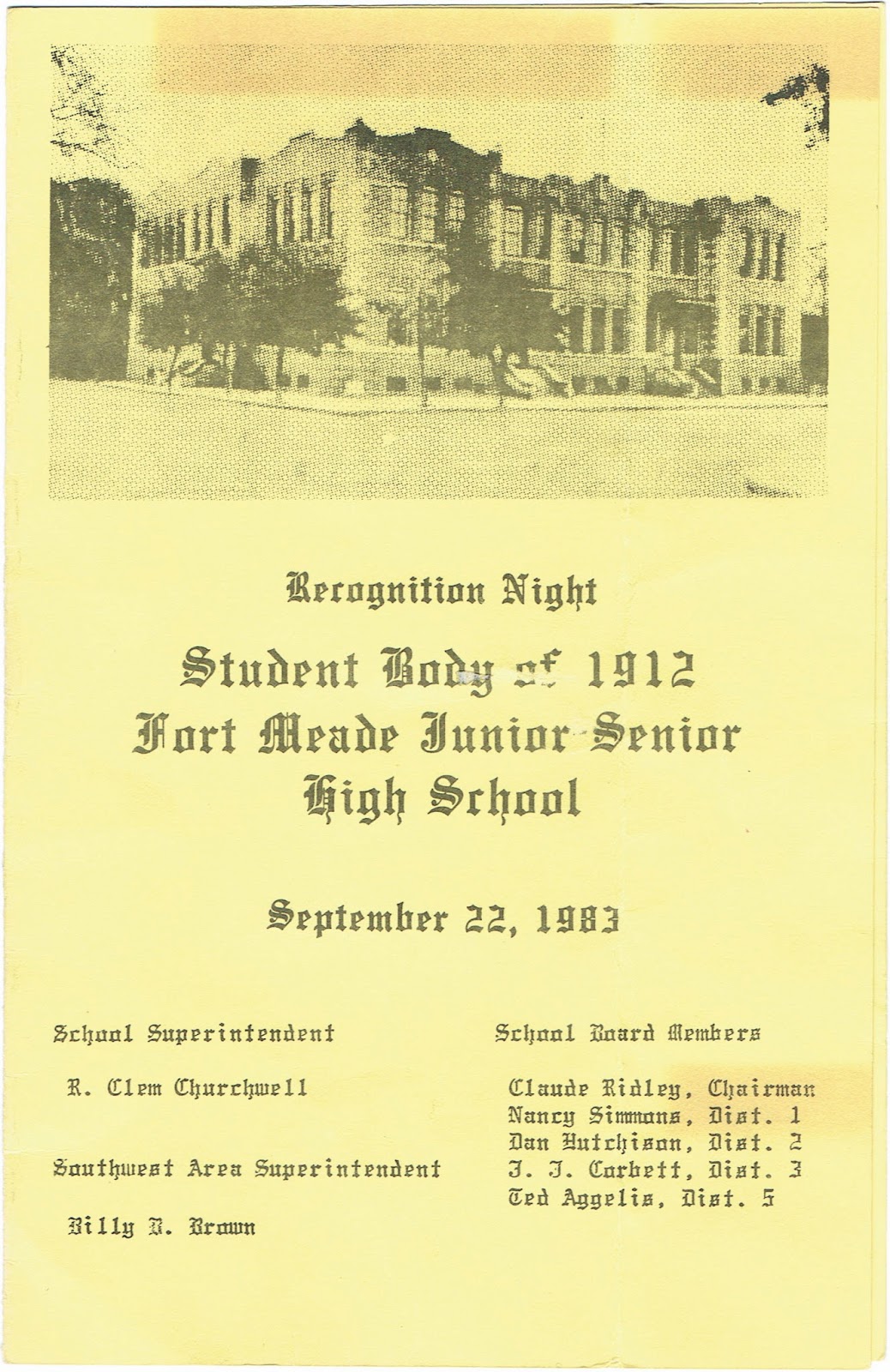 These school officials were joined by representatives of the community in welcoming those class members of 1912 still able to gather together in the city that evening.

The only reason I know that is because of the long-standing friendship and correspondence between two school chums—one who made it to the event, and one who did not. Zemla Doke—now Zemla Griffith—had returned to her childhood home in Fort Meade to attend this special event, and then to send some mementos of the occasion in a letter to her longtime friend and former classmate, Rubie McClellan Davis. 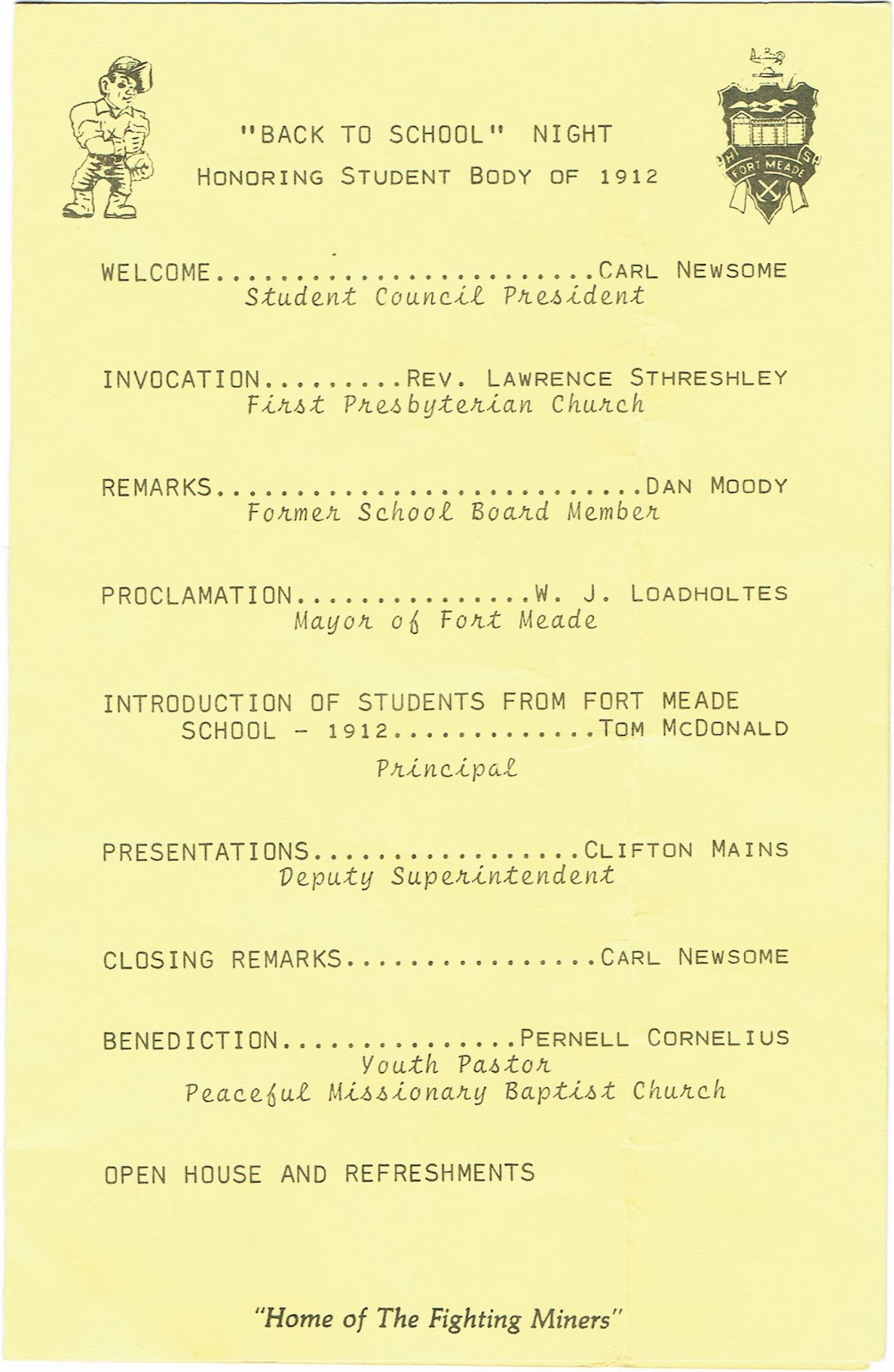 “Back to School” Night
Honoring Student Body of 1912

“Home of The Fighting Miners”

It was interesting taking a look at the list of attendees for the event. While not one of the names mean anything to me—other than as classmates of my grandmother, Rubie Davis—it was fun reading through the list and mentally constructing family constellations, wondering if Edith McAuley Allen and Don McAuley were actually siblings, or just coincidentally carried the same surname during their school years. Were Jeanette Rivers and Wiley Rivers brother and sister? Were John Enzor and Julia Griffin Enzor childhood sweethearts? 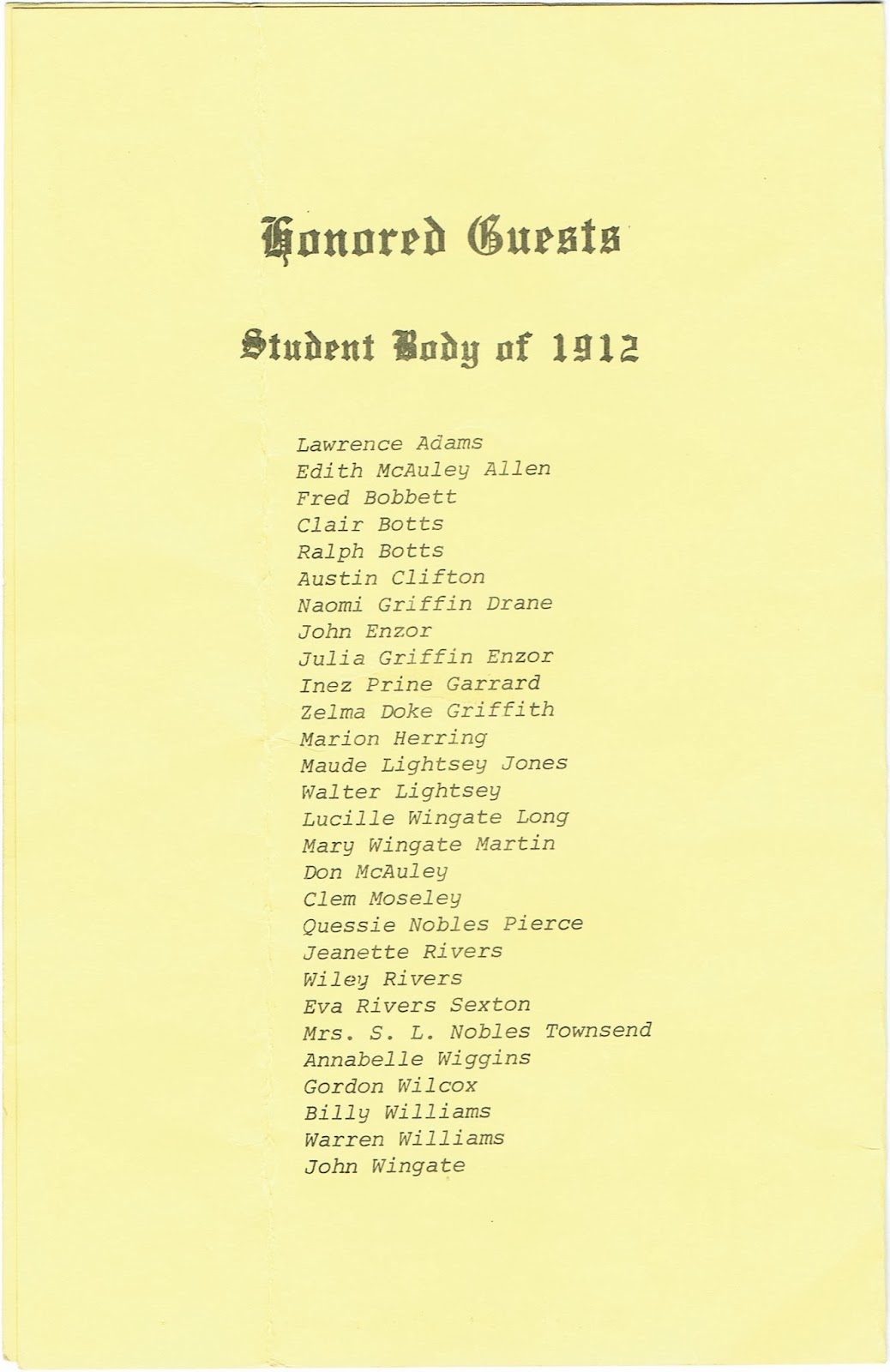 I know lists like this can make for dull reading, other than the mind games we construct for ourselves as we peek at ephemera from days gone by. However, by typing in these lists and posting them online—as many in the blogging world who participate in amanuensis memes do—we dig into all the forgotten records of the past and add to the plethora of digitized resources which, having been found, allow other family history researchers to add yet another tiny sliver of life to the portraits of their own ancestors. 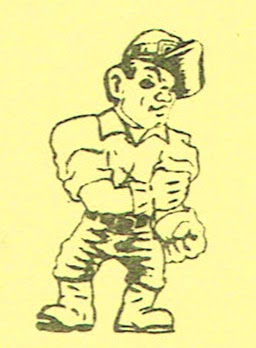