Off the Shelf: Range

In keeping with my personal tradition of buying books, then never reading them until years later, I recently decided now would be a good time to crack open the cover to David Epstein's 2019 best seller, Range. I had bought the book on a whim only because I favored its subtitle: Why Generalists Triumph in a Specialized World.

You may have deduced from my selection that I consider myself more of a generalist than a specialist, and you'd be not only quite astute, but correct. Mine is a brain which is far more at home mind-mapping life than outlining it, cross-checking viewpoints with varying vantage points. My life's career has been modeled more closely to what I call the LeTourneau Effect—based after lessons learned from the career-shifting life of inventor R. G. LeTourneau—than what David Epstein referred to as the careers of "siloed" experts.

The most effective inventors, according to David Epstein, "cross domains rather than deepening their knowledge in a single area." Not that I'm smart enough to be an inventor, of course, but I find that cross-domain path to be essential to understanding broad areas of information, or applying knowledge to practical conclusions.

While the book insinuates that "people who think broadly and embrace diverse experiences and perspectives will increasingly thrive," I'm not sure I could promise such a picture-perfect, angel-choir ending to life's challenge-strewn path. Granted, I'm still working my way through the author's argument, but I do believe he's got a point. Though the book's premise is pointed at the world of business—and, perhaps, includes a shout-out to parents of budding geniuses—I see an application made for what is unfolding in the world of genealogical research.

One example from the book got me thinking about precisely that. (I warned you: I'm a cross-thinking kind of person.) The scene set was that of the world's top echelon of chess masters, specializing in the recognition of every conceivable chess move to conquer one's opponent and dominate the game. The game has a long history, but eventually the inevitable happened: in 1997, world chess champion Garry Kasparov lost a match to the IBM super-computer known as Deep Blue.

The loss didn't stun Kasparov, but instead proved a source of inspiration. Realizing that artificial intelligence's strong suit was the tactic of recognizing chess patterns but that finding advantage in the strategy of the big picture was better suited to the domain of humans, Kasparov set up the first "advanced chess" tournament, in which each human player was paired with a computer. The machine partner handled the tactics while the human partner focused on game strategy. That, apparently, shifted the playing field significantly.

Last year, an instructor at the Salt Lake Institute of Genealogy shared a quote which had inspired him and, in turn, impressed me as noteworthy, as well. The observation, attributed to Adrian Bingham, was originally shared in the article, "The Digitization of Newspaper Archives: Opportunities and Challenges for Historians," from volume twenty one of the 2010 Twentieth Century British History. It said, simply,

Because so much less time is spent searching...for relevant material, more time can be spent assessing the meaning of the content.

Exactly: strategy instead of tactics. Let the computers do the grunt work of recognizing patterns—such as searching for word strings like "Lafayette Woodworth" in "Covina, California." That leaves us the time to seek out the bigger picture of how those Woodworths got from Wisconsin to California—and why.

If I was still left to my own devices to figure out why a family in my distant past had disappeared from one community—let alone discover where the family surfaced, given that the answer might involve a distance of thousands of miles—I might never have found the answer. But now, letting the computers become the specialists in finding those small "tactical" assemblages of word groups, the world of research opens up far wider to our inquiring minds.

Books, incidentally, are good for that, as well—not for the memorization of a book's content, but for the ability to see how one idea can apply to other settings, too. When we learn to cross-apply the lessons from one domain to another, that skill can open up unexpected vistas for us. Which may be why the Miller Analogies Test has been one approach to evaluate the future success of graduate students—not so much in evaluating the broadness of one's knowledge of Western culture, but in the ability to envision how one idea can be effectively applied to an entirely different setting. 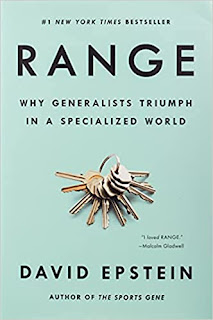 © Copyright 2011 – 2022 by Jacqi Stevens at 2:52:00 AM
Email ThisBlogThis!Share to TwitterShare to FacebookShare to Pinterest
Labels: Books, Reflections on Research