Day Thirteen: Made it to "B"


I know, I know: at this rate, I won't make it to the end of the file cabinet before I run out of days in this month. Nobody ever promised that this Fall Cleanup project would come to a neat stopping point at the end of October. Cheer up, though: I am making progress.

Finding old notes from, say, 1998 sure can boost one's research progress. I'm stumbling upon hints I promised myself I'd follow up on, nearly twenty years ago. Of course, I've forgotten about most of this material. But I'm certainly glad to have rediscovered it.

Today's folder, the first in the "B" section of my slowly-revamped file cabinet, held the contents for a geographic area once home to my mother-in-law's family. I have to laugh when I think of all the material I had saved for my mother-in-law's tree; when I first interviewed her to get started on this research project, she felt certain that I wouldn't find much. After all, according to her, this family had likely just "gotten off the boat" only a couple generations before hers.

The geographic spot detailed in my file folder for her family was for Berks County, Pennsylvania—at the start of the 1770s. Apparently, at that point, Berks was a new county in Pennsylvania, having been formed from three of only four counties which existed in the colony prior to the 1752 Berks County formation. That, in the 1770s, became the home of my mother-in-law's immigrant ancestors Henry and Rosina Flowers.

The Berks folder contained many reprints of online articles and personal emails to me from other researchers, dating back to 1997. Most of them had references to books or website addresses.

I thought it might be interesting to see if any of those sources would be available today. Though the search was worth the try, I doubted I'd find anything. Still, once having found the answer, I could then toss the paper and downsize my research holdings in all good conscience.

Remember Geo-Cities? How about the user pages at familytreemaker.com? These were the types of references I ended up putting through their paces. To nobody's surprise, the Geo-Cities reference led to a generic Yahoo page, scoring me one basket in the throw-away contest. And gone were the user pages at familytreemaker—though I found, thanks to Google, some of those addresses were redirected to the User Home Pages section of genealogy.com.  No surprises there. But I was surprised to see how many other references still existed online.

One resource still available turned out to house the updated version of some reports written by a researcher named Bob Reinsel. Though the URL was slightly altered from the original one I had noted in my records, it still contained the very items I had printed up for future reference, back in the 1990s. These were spot on for my mother-in-law's migrating Catholic family, including articles on the changing geography of colonial Pennsylvania and the migration patterns of the Catholic church through Pennsylvania.

While the original articles I had in my files included details that obviously needed some correction—provided in the updated version of the website—they were useful in a trailblazing sort of way. They provided me keywords and tips for where to pursue further record searches. The only down side was that the records these articles pointed me to were, in and of themselves, difficult if not impossible for me to access. Thus, the reason behind my saving them in a file for future use.

Hopefully, that time may well be now. The next step, in evaluating what to keep from this "Berks" folder, is to see which of those old books and websites can be accessed now, nearly twenty years since I first discovered them, thanks to the email and forum friendships I had struck up with fellow researchers so long ago. 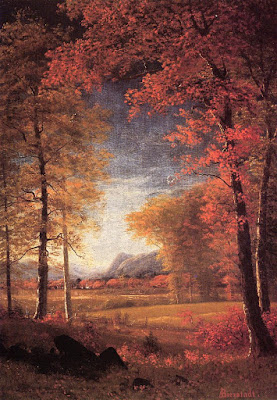