For those who've noticed how I've gotten stuck, in my Fall Cleanup project, at only the "B" files, you may have wondered if I found any answers with another surname starting with that same letter.

The longer answer has to go around the detour of another file folder: the one I set up for "Books—sources for rare book publishers." Apparently, those well-informed, diligent researchers I met in my early-online-genealogy researching days were hot on the trail of out-of-print books sure to produce answers to their genealogical questions. Since some volumes having to do with Frederick County, Maryland, were among the publications being sought, I had to hold on to those pages in the folder. Yet again, my intent to toss these files has been foiled.

The verdict rests upon whether I can conjure up those website addresses after, yea, these many years.

In the meantime, I moved on to that next file folder—and yes, it was for my Broyles line. A thick folder. This stack of papers will take quite a bit of consideration. While I don't recall having stumbled upon any answers to my migration mystery of the past month, I'll be sure to check the contents of this file carefully.

Once again, this file contains numerous very old website addresses, plus a lot of email correspondence with distant cousins. One letter was to someone who turned out to be a ninth cousin in that Broyles line. How I wish some of these old contacts had been around to do a DNA test!

As it turns out, one researcher had actually sent me a copy of the Arthur Leslie Keith manuscript, so while I've been checking it out via its online source in the past month, I had a paper copy of it, all along. Truth be told, I'd much rather go through the digital copy, for it's handily searchable, speeding the research process. But I'm glad to have one at hand to refer to, if needed.

Better yet, the copy included a hand-written note with the email of the helpful Broyles cousin who had provided it to me. I have often thought of that Broyles connection, as I struggled over my research questions in the past month. Another distant Broyles cousin, this man was well versed in the many branches and descendants in this line. His own part of the Broyles family tree included a Broyles ancestor who had gone west to California during the Gold Rush era. You can be sure he had some colorful stories to share about his ancestor's experiences. I've often wondered if I could still connect with him. I guess now, I won't need to wonder much longer.

As the process continues, I'm afraid I'm not much of an organizer of old files. The more I search, the more I find that I can't bear to live without. Even trying to re-organize, consolidate files, and put in newer formats doesn't seem to be a workable strategy, for every step mushrooms into a larger to-do pile than what I started with, originally.

One thing I can say, though: at least I'm now out of the "B" folder and into the "C" section. Progress may be slow, but at least it is moving forward. 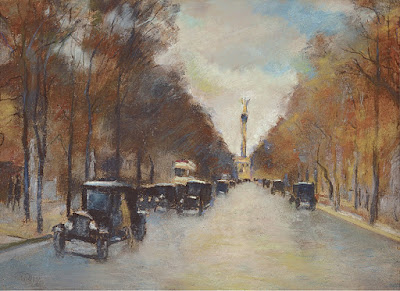