One month in on my Fall Cleanup project, and I am just now hitting the folder for "S." Scary. There's not much month left in this marathon.

Notwithstanding the fact that my own surname begins with that letter, thankfully, the folders I'm routing from my old file cabinet contained papers from my earliest years of online research for my family's roots. Back then, I had started with my mother-in-law's lines; the pursuit of my father-in-law's Irish roots came much later.

Still, my mother-in-law had her own fair share of surnames beginning with that popular letter of the alphabet. Snider, for one. Then Stine.

The first of those names claimed a thick file. A very thick file. I've heard it said that Snider is one of most common surnames in the state of Ohio, and I believe it. Finding the right Snider was a challenge that many of us addressed in online forums, back in the 1990s, apparently. And I was the one to insure that all those threads got printed up and preserved for posterity.

Well, my progeny can now heave a sigh of relief. I tossed almost all of the Snider speculations—plus a good handful of other people's family group sheets and IGI leftovers. Anything I'd want to add to my own database, I'd first want to have accompanied by some solid documentation, thank you.

Stine was a different matter. It may have taken me twenty years to get up to speed on Snider, but Stine had definitely been reserved a permanent seat on the back burner. Like Rinehart from yesterday's cleanup, Stine was a name oft talked about, yet not really successfully pinned in the right spot on the genealogical database. Like Snider, Stine was a name which many people in Pennsylvania and Ohio claimed, but few aligned with my family's story.

When I began this project at the beginning of October, it wasn't as if I had decided to complete it all in one month. But I thought it would be nice. At least, it would make a tidy package: all wrapped up in one month sounded inspiring.

When I got mired in the Flowers part of my family's surname alphabet, though, I gave up hope on that prospect, forgetting that letters like "I" or "K" might not present as daunting a heap of work to conquer.

Now, facing that last stretch from "S" to the end of the line, the rest of the day may yield me the prize: an empty file cabinet drawer, ready to be filled with all the rest of the genealogical files I've currently relegated to storage boxes tucked away in the far reaches of the house. I already know that the folder for "T" will not contain any Tully information, because I hadn't yet tackled that research problem—though it does also include a file for Taliaferro, that surname which gained me entrance to Daughters of the American Revolution.

Maybe, just maybe, since I've already overcome the hump that is "S," I can reach the goal of making it to "Z" before the day—and the month—is out. 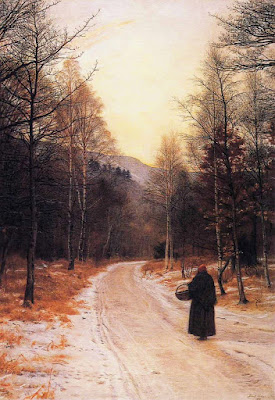