I may have gotten bogged down in the Bs in The Cleanup, but don't think it will be clear sailing, now that I've emerged into the Cs. If you've ever noticed all my tags at the end of posts and concluded that I don't have many surnames beginning with that letter, you would be correct. Out of the twenty one topic labels beginning with C that I've used in the nearly six and a half years I've been blogging at A Family Tapestry, only four of them refer to surnames. And even two of those are surnames which are tangential to my families' lines.

So as we journey into the section of my file cabinet reserved for genealogical topics beginning with the letter C, there really isn't going to be much that is directly affiliated with a surname.

That may seem to be a good sign. After all, I've been working at this re-organization project for seventeen days now, and I've only conquered two letters of a twenty six character alphabet. But don't think the lack of folders for surnames will speed me along. Each of these folders is labeled with a research topic, sure to be filled with tips on where to find more information on the background subjects which allow us to see our ancestors come alive again (at least in our mind's eye).

For instance, today's folder bids me reconsider what I've learned about researching the genealogy of Catholic ancestors. This is not a compact issue. There is much about the structure and culture of the Catholic Church which has enabled researchers to find out more about their ancestors, thankfully, but even this presents a learning curve for a novice researcher—just as I was, twenty to thirty years ago—particularly for someone who is not personally of the Catholic faith.

Many of the pages saved in my "Catholic" folder referred—not that you'd be surprised—to books. Some volumes were relatively new; others centuries old. One recommended title, Catholic Trails West: The Founding Catholic Families of Pennsylvania, was actually published in 1988, "only" twenty nine years ago. It apparently came in two volumes, though the second volume doesn't seem to be available anymore—a problem, since my mother-in-law's family would be listed, if at all, in the second volume. What a wonder has unfolded, in those ensuing years, as at least the first volume of the book is now available to Ancestry subscribers online.

The trick is finding those old resources now. Another long-pursued resource, I was told, would be the "Goshenhoppen Records," but where to find them, according to these old 1999 file folders, was the main question. It took some current-day googling magic to uncover the hiding place for one online stash of transcriptions of those Goshenhoppen records—both baptisms and marriages—but stuff like this is now out there, if you are willing to hunt for it.

Before you can know to look for it, though, you have to know it's out there—and to know why you would want to look for it. In my case, it was years of putting in time in background reading to learn that the Catholics in this time period were likely to move as a group—and did, often, from chapel to chapel to chapel, as priests established new places of worship as they moved westward. That, in fact, was what brought my mother-in-law's family west to Ohio; her ancestors settled where the state's first Catholic Church had been established. I had to learn that before I could know to look for the records of each stopping place along the way. 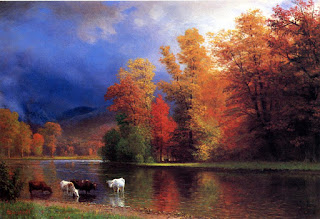