You may have heard the incessant noise of my paper shredder stop in the background before that suspicious telltale silence gave me up. Yep, I was up to no good. That Fall Cleaning project had gotten the best of me; I was ready for something new.

The temptation to veer away from my goal of cleaning up that four-drawer genealogy file cabinet had been building over the weekend. There is only so much drudgery one can stand, before the desire to get back to researching overtakes a soul. (Can you tell that is why I'm in the mess I'm in?)

It was only one peek. I promise. But I caved on my resolve to move, file by file, through that third drawer with that determined glint in my eye to heartlessly shred every paper not worthy of keeping as proper genealogical documentation. Curiosity got the best of me, and I started wondering what fun details I'd rediscover in the file folders in those drawers just above my current work assignment.

It was the top drawer that melted my resolve. That was the one drawer I knew still held genealogical material from the last of my paper-based research days nearly twenty years ago. I carefully opened up the drawer just the tiniest crack—so as to not topple the entire cabinet, of course—and pulled out the first few items my hand could grasp. Three slim file folders and a box of papers were all I could snag.

The box was labeled, "Genealogy Papers to File." Set right in front of the top drawer, it was supposed to be Stop Number One, every time I opened up that drawer to do anything, but as I could tell from its full contents, there hadn't been much filing done in a long time. Still, there were many treasures to explore inside, so I set that item aside for another work break.

To assuage my guilty conscience for not having stayed on task, I took the thinnest of the three file folders and worked through them. One was labeled "Computer Info," which sounded like the title for contents which would take some serious consideration. I had to laugh when I realized those mind-numbing computer documents turned out to be mere advertising blurbs for our first online service, Prodigy.com. No convoluted decision tree to determine what to do with that stack of papers.

The next folder was labeled "Genealogy.com." If you've been around the genea-world long enough to recognize that name, you'll probably recall that it was host of the online message board known as GenForum. While GenForum is still accessible online—in a read-only format to which commenting capabilities have been added to already-existing posts—you can be sure I won't be saving any records from that file folder, either. Another snap decision taking only about three seconds. I'm thinking if I can move through the rest of the folders that quickly, this job won't be so bad, after all.

It was the thickest of the three folders that snared me, though. And really, I couldn't help it. The thing was, essentially, a container of material on the history of us as digital genealogists.

Labeled, innocently enough, "Ancestry.com," the folder contained stuff all legitimately from that company—only it was stuff from Ancestry, circa 1999, a very different company than the format we've come to recognize today.

Ancestry, back then, provided the Ancestry Weekly Digest by email to anyone who cared to subscribe. You can probably guess I had signed up using my handy-dandy new Prodigy email account. True to 1990s form, I made sure to print up the weekly copy so I could read it in detail, off-line—and then save each issue for future reference.

Interesting to note, the weekly publications included articles by researchers we still consider to be the mainstays of conference fare, webinars, and online publications. DearMYRTLE wrote for the March 27, 1999, issue that "Our Knowledge Base is Expanding." Ya think?! Even Ol' Myrt has reinvented herself multiple times since that date.

That Ancestry publication featured a column by George G. Morgan, another now-familiar name, who has kept up with the times since that early shift in genealogical research. Michael John Neill was there, too, with a featured article, "I'm a Genealogist; I Don't Need to Watch Soap Operas." So true.

The entire multi-page e-publication was put together for Ancestry subscribers under the careful guidance of editor Juliana Smith. Going on the theory that the names on these pages had genealogical durability, I wondered if I could find any current reference to Juliana.

Hmmm...I don't know, but it's interesting that there's a reference for an employee still with Ancestry.com whose current name still shows up under the website's subheading for authors as "jsmith" but reads with the name of someone who's been with Ancestry for "more than 19 years." That would put us back at 1998, just in time to rev up the early editions of the Ancestry Weekly Digest. I'm guessing her name wasn't Juliana Szucs back then, though that's what is showing on the website now.

Amazing how the history of us in the genealogy world includes names with long-term stick-ability. 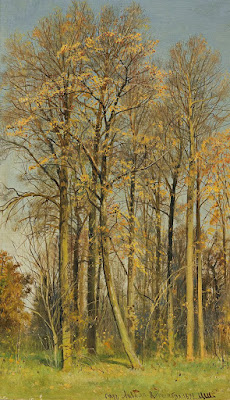